Oamaru entered a time machine over the weekend. The Oamaru Victorian Heritage Celebrations returned this year after Covid-19 forced a cancellation in 2021.

Wet weather did not spoil the weekend but it did alter some plans.

The grand street parade was held as normal with plenty of brave souls standing in the rain to watch.

Gwenda Dowell and Barrie Ross travelled from Hokitika to attend the celebrations.

Ms Dowell said they were not put off by the weather.

"This is not what we’d call rain. This is just a Scotch mist." 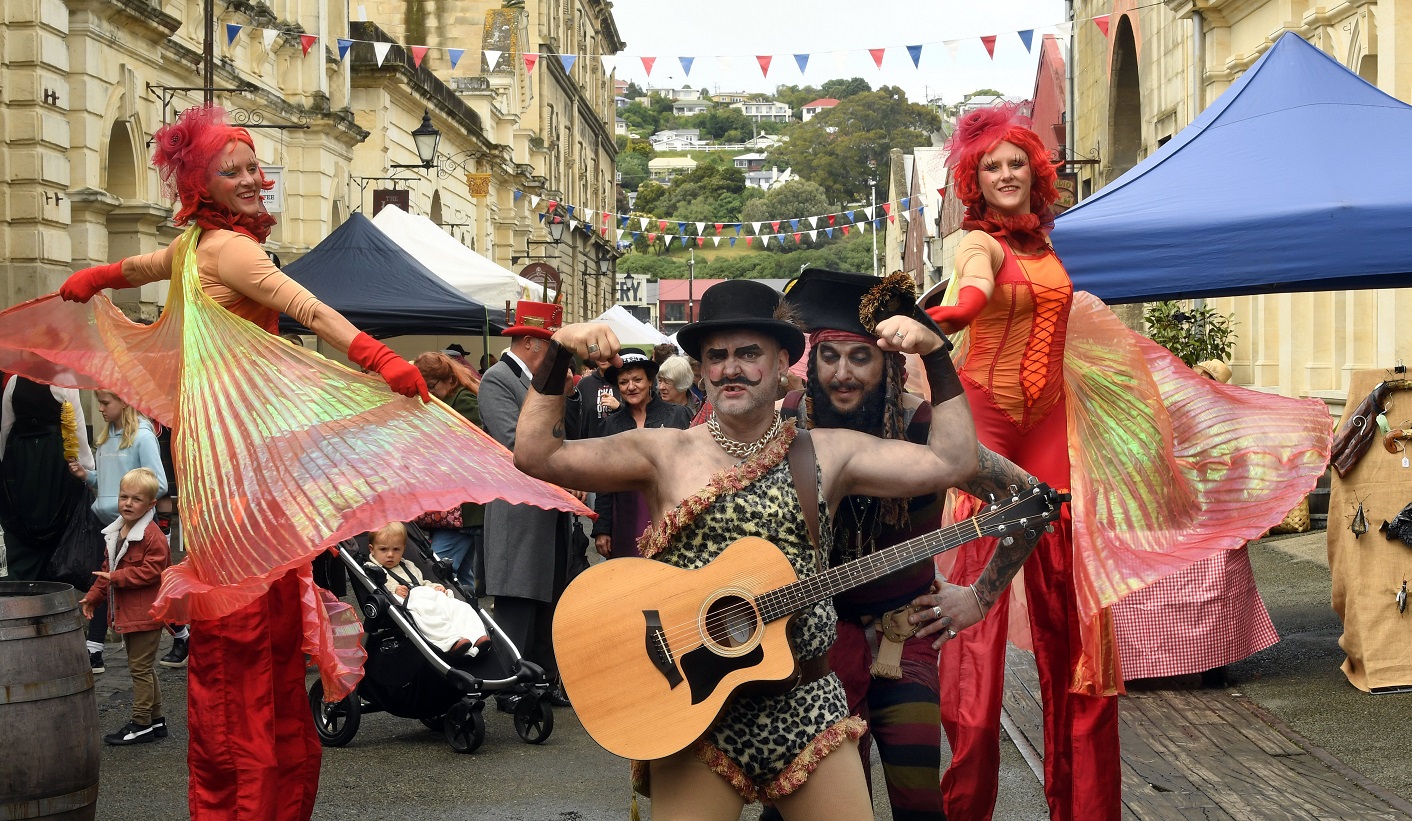 David and Annette Gillespie frequently travel down from Christchurch for the event.

The grand photo was taken inside the Catto Wool building.

The Heritage Bicycle Championship was also moved indoors to the same building.

Competitors raced on old bikes and even penny-farthings.

Henry Buckenham took part in the race and said he did not take much convincing.

"Someone asked and I thought it would be a bit of fun." 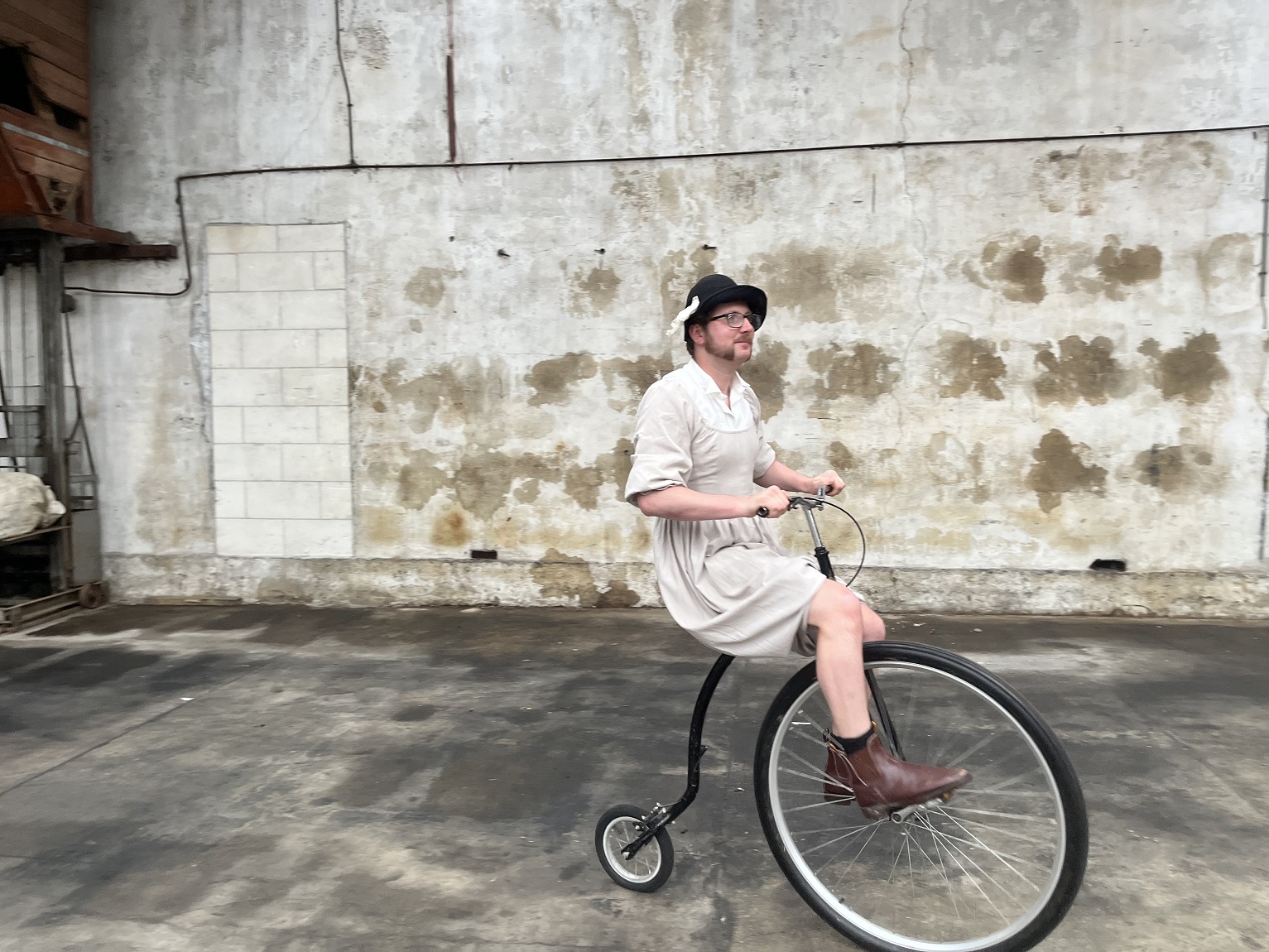 Henry Buckenham, of Oamaru, tests out a penny-farthing before the Heritage Bicycle Championship on Saturday. Photo: Nic Duff

Early morning rain threatened to put a damper on the Victorian Fete yesterday as well, but the weather cleared in time for everyone to have a great day.

There were street performers, food trucks and live music throughout the day.

It was good to see the fete return after a hiatus, Whitestone Civic Trust property manager Michelle Harrison said.

"Despite the rain this morning, the sun has come out and we’re having a great turnout."

The fete is run by the civic trust. It is an important fundraiser for them, she said.

"The fete is our annual fundraiser for the Oamaru Whitestone Civic Trust to help us maintain these beautiful historic buildings."