Everyone wants to celebrate a 10th anniversary.

Everyone wants to celebrate a 10th anniversary.

Palmerston woman Sonya Watson took the plunge and had her hair shaved off yesterday to mark 10 years of raising money for breast cancer — a disease she has faced and conquered.

Mrs Watson (54) was diagnosed with breast cancer 10 years ago and, at the time, her good friend Heather McGregor decided to do something about it.

She organised a special morning tea at her house to raise some money for cancer research and help her friend. Mrs McGregor thought about six people would turn up but nearly 60 arrived and it has become a regular annual event since. 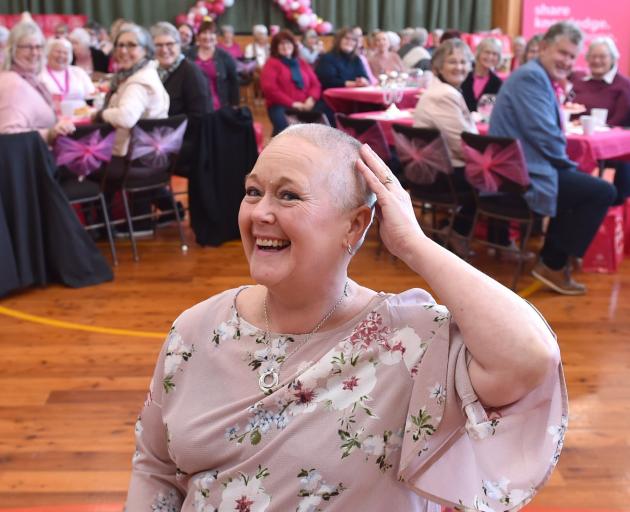 Ms Watson is all smiles minus her hair after the charity cut. PHOTOS: GREGOR RICHARDSON

It has got bigger by the years.

Yesterday was the 10th year of the event and it has gone from Mrs McGregor’s lounge to the Palmerston Sports Hall.

Mrs Watson said she never lost her hair during her brush with cancer and had no concerns about getting her hair cut off.

"My children said ‘what are you doing that for?’ But I had made my mind up and wanted to get it done," she said.

"It is for a good cause and doesn’t worry me." 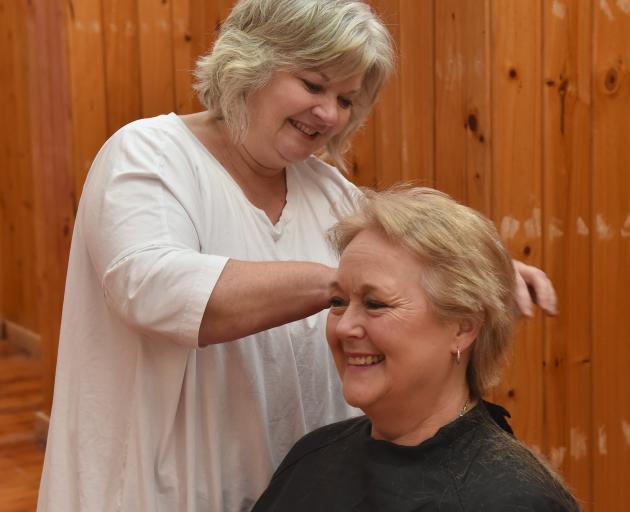 She said cancer affected everyone and she wanted to do her bit.

Another friend who was at the event yesterday also had cancer at the same time as Mrs Watson.

Mrs McGregor had shaved her hair in 2016. This anniversary was her time to step up, Mrs Watson said.

The event had raised more than $30,000 over the 10 years. With 74 raffles up for grabs and prizes donated from all round the country, yesterday’s morning tea raised a further $13,000.

Mrs Watson was immediately rewarded for her haircut — she won one of those raffles.